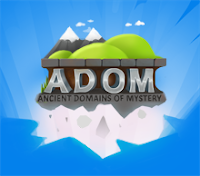 I just would like to give you some quick statistics regarding the ADOM crowd funding campaign, now that only 16 days are left:

That's the numbers I have right now. I'll continue to post countdown updates for the remainder of the campaign. Let's see if we can make this.
Eingestellt von The Creator um 7:32 AM