Now that we have entered the final count down of the ADOM: The Resurrection crowd funding campaign I'd like to explain all defined stretch goals and give you a brief look into my line of reasoning. 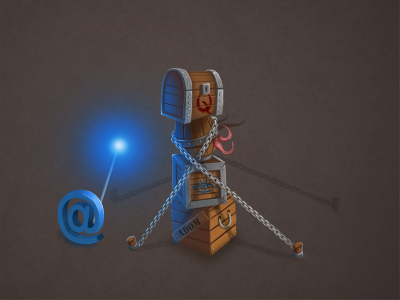 (kudos to Krys for this new awesome piece of art... he's doing such brilliant stuff - you want to reach the $55,000 stretch goal, believe me, as that would allow Krys to work for months on awesome artwork!) 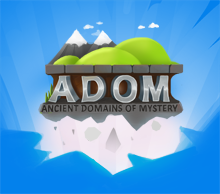 At $48,000 we just will have reached the minimum funding goal. If we don't get there all is lost, all the money is returned to the donors and the future for ADOM Classic looks pretty bleak. So please keep the excitement up and tell more people about the last 10 days of the campaign (and don't wait too long - the occasional technical problem we had so far doesn't give me a good feeling about the final days ;-) ).

At $50,000 Jochen, Zeno and I will be doing a basic NotEye integration in ADOM. This will be sufficient to allow the community to define their custom tile sets but we won't be able to provide one by ourselves. 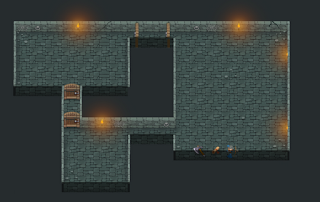 At $65,000 we will create a Steam version of ADOM - the ADOM Deluxe promised so long ago (EDIT: And we'd try to do our best to also support other platforms like Gamersgate and Desudura). Every donor of $50 or above (and all who pledged for the ADOM Lite RPG) will receive a free license for ADOM Deluxe. ADOM Deluxe will add a more detailed character generation process, restorable save files, challenge games and some other neat details for paying customers. Why paying customers you might ask? Because it's all about a sustainable lifecycle model for ADOM. As has become clear from the campaign we'll be able to fund some ADOM development - but we still are looking for a sustainable model. I believe that with the addition of tiles and audio tracks ADOM has all the potetial to become a tiny mainstream success - and that's why I have defined this stretch goal despite other voices from my call for votes to the right of this blog. Because I believe that this might be the one chance to earn some continuous income from a much larger audience which in turn would allow the continuous financing of the free version of ADOM as well as the commercial Deluxe version. So it's a gamble but it seems to be a good one to me.

So that's what I got. I hope that you like some of the ideas even if I again decided to not totally comply with majority votes. But I believe this order to be the best for the game. Now let's just hope that some rich person picks up the $50,000 level (warning: I have learned that this probably won't work directly through Indiegogo - it seems that you need to contact them and arrange some kind of bank transfer... don't ask why I learned that ;-) But you don't want to wait until the last moment if you are either a very rich or a very generous person ;-) ).