Just a short notice... after the deep grief of the past weeks (which still is far from overcome) I nonetheless will try my best to return to normality. As a first sign he blog colors are back to normal.

My worst day in the 21st century 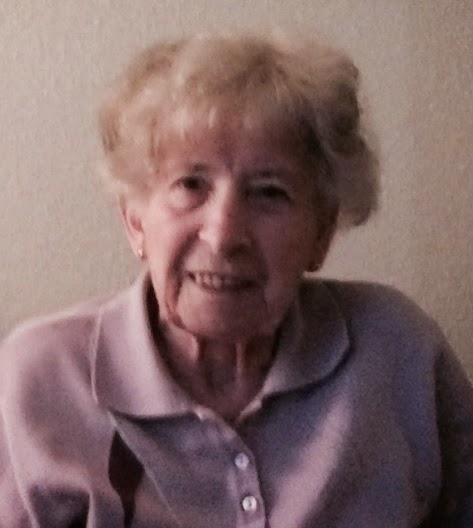 Today at 1:37pm my mother left this planet. She died peacefully in sleep and I was with her till the end for which I am very grateful. Right now the pain is unbelievable and as there was so much ADOM communication in the past of couple of weeks I felt it necessary to blog about this for two reasons:

With that I'm going to black out for now.

Fare thee well, Mama - I'll build a monument in ADOM to immortalize your role in the postcard quest, too.

PC Gamer has a short story about ADOM (and other games) being greenlit. Personally I'm not that opposed to Greenlight so far as many of the commenters seem to be as I believe that many of the alternatives could be far worse. But it will be interested to see how things will proceed.
Eingestellt von The Creator um 9:34 PM 0 Kommentare

Today we received a very nice review from FreeIndieGames.org. I'm particularly in love with their selection for the screenshot :-) It seems so awesomely appropriate :-D 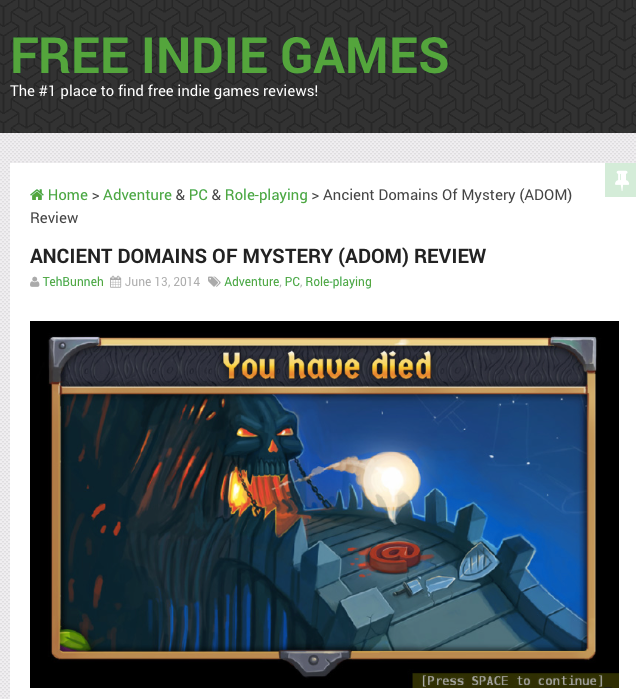 Below you find a demo of the upcoming centralized data management for all the important data screens for the player character:


The basic idea is to give new players an easy way to access all the data without having to learn 10-12 commands. I'm still pondering whether to remove the top line (with the player name, level and stuff) in order to save one line but on the other hand we might also consider increasing the standard number of lines on the screen. We'll see. Comments and feedback as usual is very welcome!
Eingestellt von The Creator um 11:50 PM 13 Kommentare 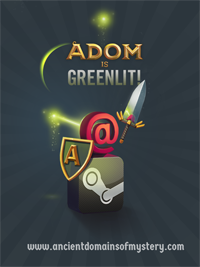 Demo: Showing some of the new movement commands

One of the biggest advantages of our Steam Greenlight campaign so far has been the tremendous motivation from non-roguelike-players to increase usability. And yes, I know, many fans from the community pushed us into that direction, too (yeah, Darren, I'm e.g. looking at you ;-) ).

I already blogged about the new movement commands I am working on right now and today I'd like to show a little demo:


IMHO they are awesome and I can't remember playing without them (being a lazy guy - if you want to optimize your movements there probably can be more optimized movements occasionally - although e.g. exploration mode is trying very hard to be very efficient).

And another nice article about ADOM from Kotaku (Australia) - thanks to Logan for standing up for roguelikes :-) ! Go read it!

Nice coverage from TIGSource for ADOM

We now also have been covered on TIGSource - thanks to Derek for picking up on our move towards Steam and all the stuff we are trying to achieve with ADOM! Go read the article. Now! And vote for us on Steam Greenlight if you still haven't done so! 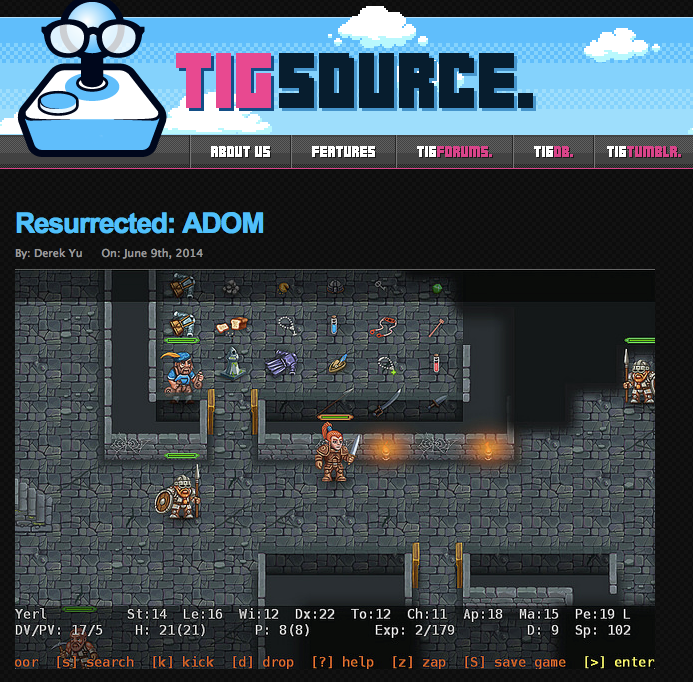 And BTW: ADOM can also use more votes from you on TIGdb - thanks ;-)
Eingestellt von The Creator um 12:12 AM 0 Kommentare

The following underlying rules have been used to get to this complicated level:

Jochens first feedback was "Too complicated. I don't like it.".

Which brought me back full circle to the arguments exchanged in the original post:


Now I just could go with the build number - but wouldn't that be kind of equal to dropping the "1." from the version number and just going with the second and third number? So 8.0? (or 7.0 or 6.0 - the numbers right now are not yet important)

I guess I shouldn't try to decide this in a democratic way ;-)

It's been a good day: Covered by Rock, Paper, Shotgun :-)

Finally we also have been covered by Rock, Paper, Shotgun. Thanks, Adam! Hopefully this will give our Steam Greenlight campaign another much needed push! And I promise to everyone commenting on that thread that we right now are trying really hard to make the new ADOM UI an awesome experience for old timers and new players alike! The recent comments from new players have been very inspiring! (and yeah, old guard, thou hast been heard, too - wait for the things to come - it will be awesome!)
Eingestellt von The Creator um 9:36 PM 0 Kommentare

Currently improving usability for new ADOM players is our top focus. One of the improvements will be context menus (right click on a position and you will get a list of prioritized commands possible for said location). There is still a lot we need to do (the command execution is not yet very intelligent but I'm right now discussing a very powerful approach for that with Jochen which probably could easily be added for all commands) but here's a first screenshot of what will be in the first Steam version (and intermediate test versions - just not yet fully implemented... so much to do;-) ): 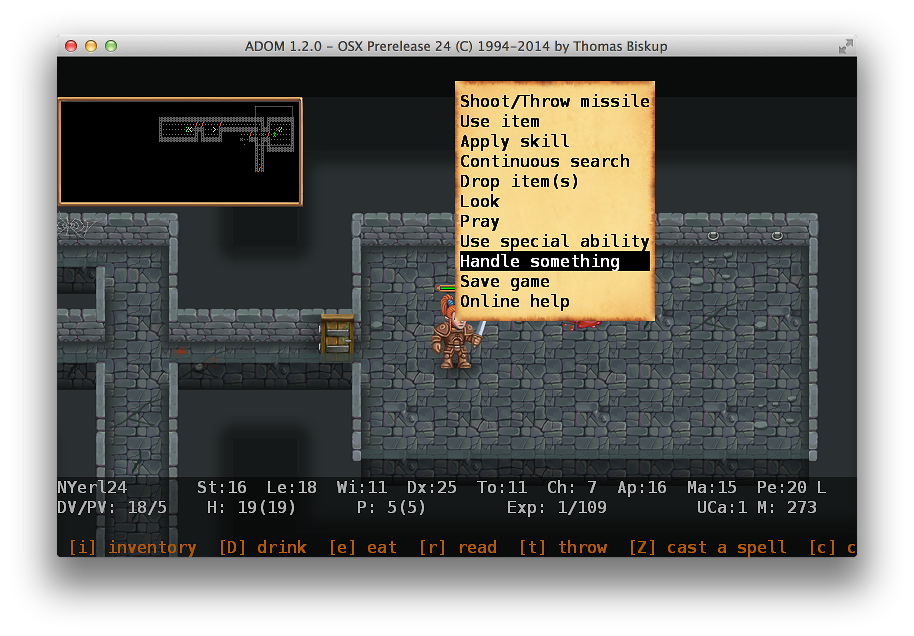 Currently context menus also are limited to the graphical version. ASCII seems to be more for the hardcore fans and my current impression is that for now we should focus more on the graphical versions. Naturally at some point such features will be pulled over to ASCII, too. But for now the focus is on creating the most awesome graphical roguelike out there (as far as usability goes).
Eingestellt von The Creator um 6:34 PM 3 Kommentare

I just would like to point you to Krys' new "ADOM @ Steam Greenlight" logo. Again I totally love his awesome ASCII magic :-) 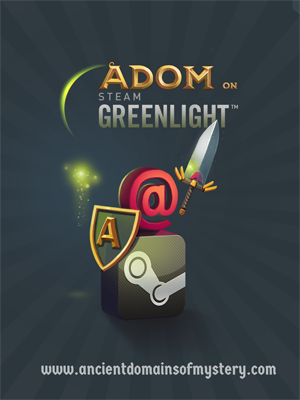 Vote for us - ADOM needs every vote it can get! 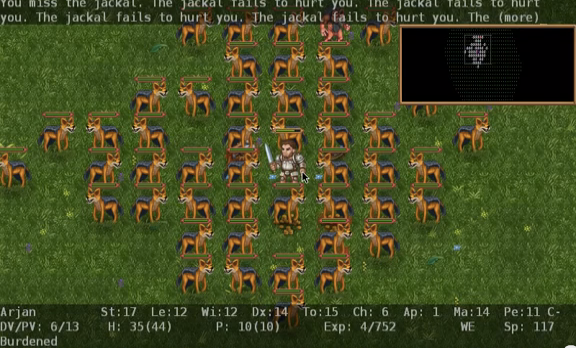 Several of these problems are well-known but others only now really left an impression upon me. So, thanks James, for a having a deeper look at ADOM! 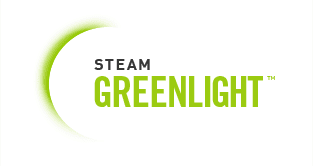 Short update: ADOM has fallen from rank 9 to rank 10 on Steam Greenlight. As competition is pretty fierce at the top this was to be expected, especially given the fact that it's quite hard to raise more awareness for roguelikes (after a good start).

So what can be done? Probably not much right now if the press doesn't pick up some cool ADOM story. What can you do? My impression is that the number of favorites and followers also factors into the Steam ranking - so if you already voted for ADOM you might consider also marking it as a favorite and following it ;-) Maybe this gives us another nice push.