The basic idea was to make players not just an interesting opponent (and they should be due to a very varied set of abilities) but make them a great memory of a past character. Thus individualization and back references to the past character are a big focus. And naturally past character skills will also factor into the abilities of the ghost.

Basically ADOM takes the dead character and derives a player ghost from it (sometimes) due to a complex set of rules and checks. All aspects starting with PV and DV and ending with special abilities (death wail anyone, cough, cough?). Additional the knowledge of the dead player character is taken into account, his abilities and even some of his equipment. Particular care has been taken to provide an individualized and interesting description of each player ghost. The following screenshots provide some samples for ASCII mode: 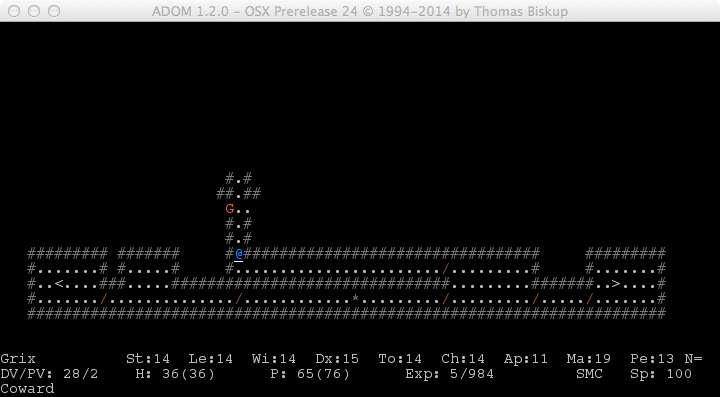 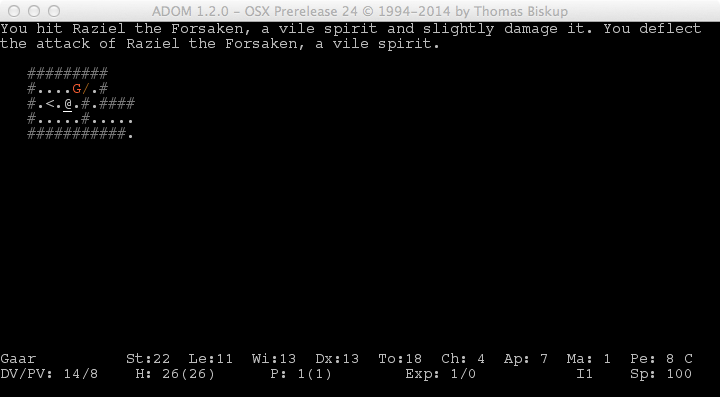 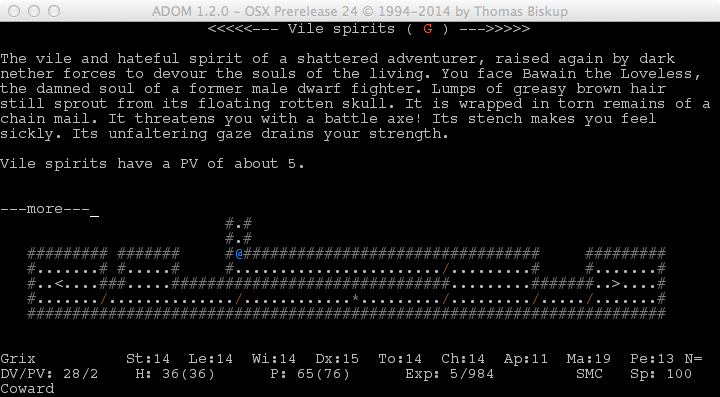 And later facing the remains of my brave gnomish wizard... 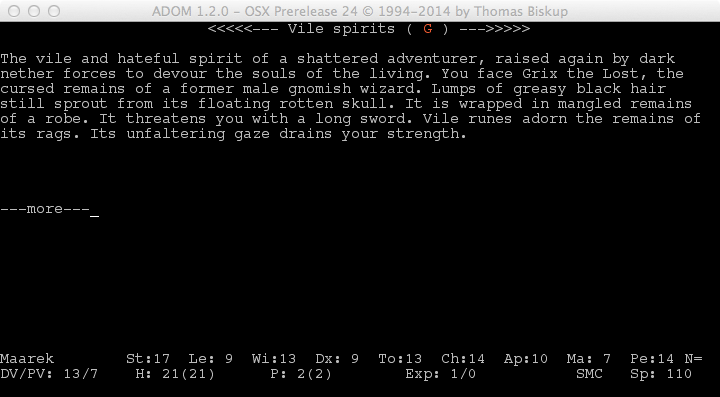 There are many more details and the ghosts of more experienced characters will probably be good for a surprise or two. The real fun IMHO will not only to be visited by memories of former games but by meeting ghosts from other adventurers. I hope you will enjoy it!

The one thing left to be implemented is the actual networking code that in the future will allow Steam players to exchange player ghosts. Or rather: the code that allows ADOM to do so as exchange is a decision of the game and not the player ;-) Thus you suddenly might be forced to fight ghosts of characters from your friends. I'm very much looking forward to interesting highscores entries :-)

BTW, I have tried to take care of the power of player ghosts: There are checks in place to