I'm proud to announce the release of ADOM II 0.3.0. While this new version is not as complete as I wanted it to be (missing a general compiler, extensive testing and many details for new players) I didn't want to let it sit on my hard drive after neglecting it for almost three months (the ADOM crowd funding campaign cost more time than I expected ;-) ). So here we go with new stuff and changes...
There are three major new features in ADOM II 0.3.0:
Here are some screenshots to give you a general idea: 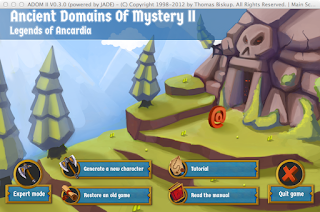 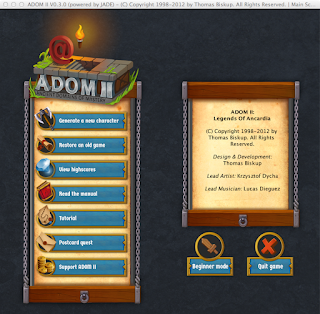 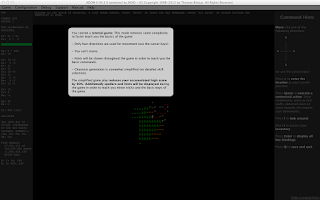 The following list summarizes all the changes in ADOM II 0.3.0:
You can download the latest release at the usual location.

I'm curious for feedback and will try to continue ADOM II development alongside ADOM development. ADOM has priority though as long as the promises from the crowd funding campaign have not been fulfilled.

Enjoy the game and if you like what you see there is still time to vote ADOM to be the Roguelike of the Year 2012 ;-)

Merry Christmas
Thomas Biskup
(and if you do not celebrate Christmas: Freedom, Peace, Love and Health to everyone out there!)
Eingestellt von The Creator um 1:49 AM