While we are fiddling with the ADOM release date on Steam (more later on) I'd like to post a big thank you for an awesome gift that was sent to me by Chris Williams, a long-time ADOM fan and alls-round-awesome-guy (as far as I know ;-)  ). We chatted on Facebook and he sent me a picture of an awesome metallic @ that he had seen in a local store.

When I asked him if he would be willing to purchase it for me and send it to me, he instead offered to gift it to me as a replacement for the postcard he had been wanting to send for a long time :-) A few days later an awesome package arrived.

@Chris: Thanks again so much! I'm in love with this wonderful @ and it always will have a special place on my desk :-) !!!

And here we go with some unboxing pictures: 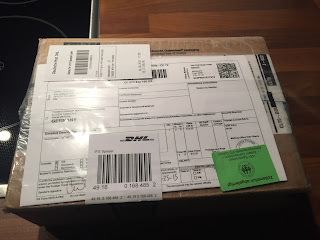 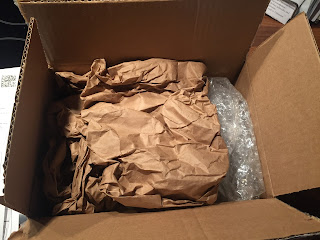 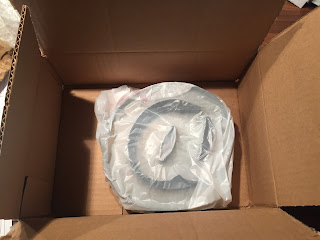 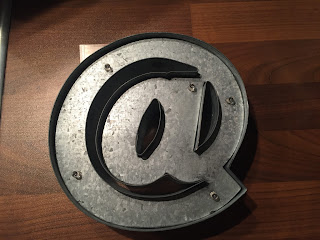 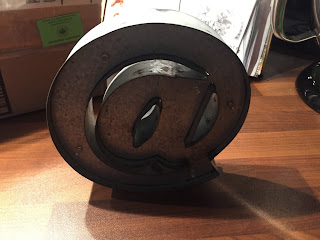