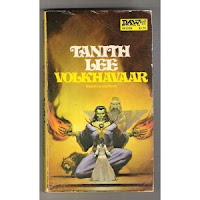 This morning I remembered a story I read as a child, written by Tanith Lee: Volkhavaar. To me it was a rather strange story, very different from the usual fantasy stuff  was reading at that time. Combined with the feature that the german issue sported a picture that later on reminded me of Elric, although vaster the differences between Volk, the slave and sorcerer/priest and Elric, the emperor and sorcerer, barely could be.

I have come back to this story again and again and the original Andor Drakon character in my AD&D 1st edition campaign kind of was inspired by Volk. Now the circle is closed as the story by Tanith Lee will serve as the inspiration for a new story arc in JADE, a story arc that will show off some more cool feature already possible with the JADE engine. Stay tuned.

BTW, I should mention that one of the most inhibiting factors to a lot more story based stuff right is that still a lot of basic stuff is missing (spells, spell effects, traps, more professions). These things simply are needed to craft more compelling stories so all in all you still will have to be patient for more stories. But they are creeping into the game more and more and that's a good thing ;-)

Oh, and here is the cover of the German issue: 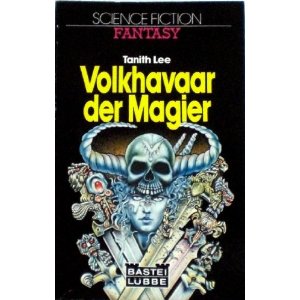 Eingestellt von The Creator um 8:23 AM