Most bigly ADOM news update in a long while (physical rewards, videos, pictures, so many new features)

After a flurry of posts two weeks ago we fell a little more silent - because sometimes things are just bigger and harder pieces of work. In the past two weeks several topics we begun have been brought to some kind of conclusion while other major topics have been started:
Which brings us to the first major topic:

Historically ADOM has been customized (mostly) by editing the adom.cfg file. Nowadays this is rather unconventional and pretty complicated for new players (because you have to now about the existence of the file, you need to know where to find it and finally you need to understand the options and their values).

Starting with the next release of ADOM players will be able to graphically edit the settings. All settings are listed in a pageable list (which indicates if values are acceptable or not) and each can be individually edited: 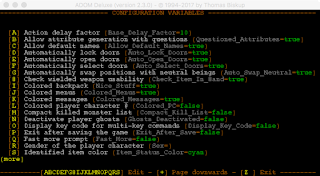 Edit menus have a similar structure:

You can have simple true/false choices: 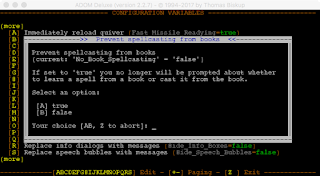 You can have lists of permissible values: 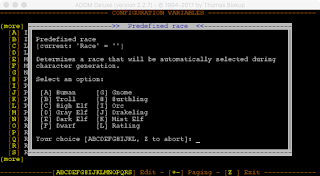 You can have multi-selection lists of values: 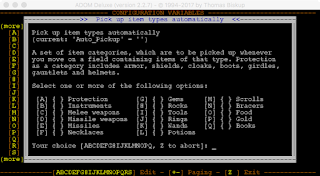 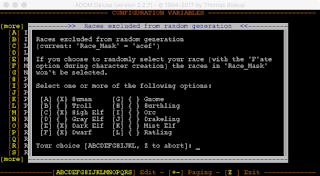 Changes are saved. The edit dialog has replaced the static "=" display. This also allowed us to remove the ":=" (redefine configuration variable) command (yet one less - by now we have managed to remove something like six or seven commands - still not much but every single one counts).

Additionally the menu is accessible with the ESC key through the general settings menu.

Besides working on this lots of energy went into finally finishing all physical crowdfunding rewards:

During the past week Krys and I spent many hours getting all the components for the remaining physical crowdfunding rewards created/ordered. Here's the current state: 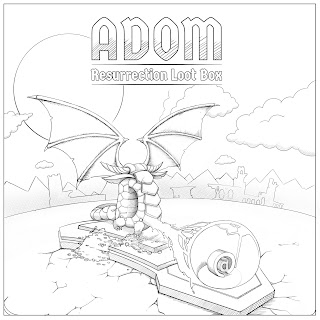 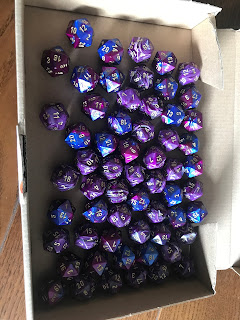 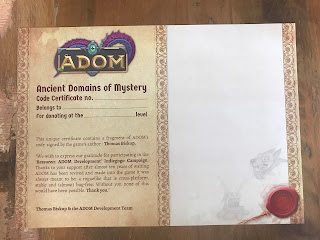 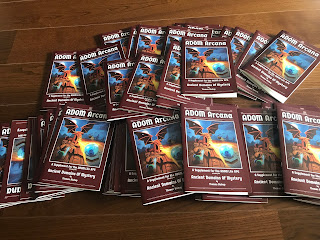 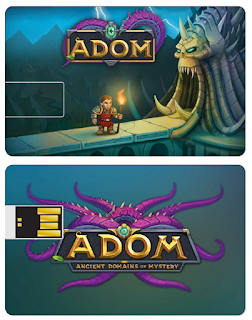 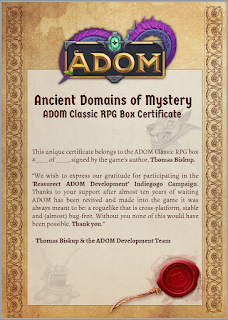 What's next?
That's about it. As you can see two weeks of silence were two weeks of intense work. More intense than in a long while. And we keep pushing!