We just released ADOM Deluxe R64 (version 2.0.3) on Steam a couple of moments ago.

This release contains a couple of long awaited and important enhancements as well as continuing our quest in refining the UI. The most important new features are: 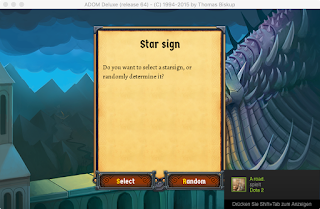 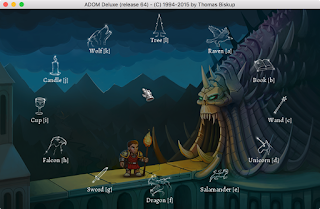 Additionally we have focussed on enhancing the user interface, in this release solely by fine-tuning the keyboards commands required to play the game: 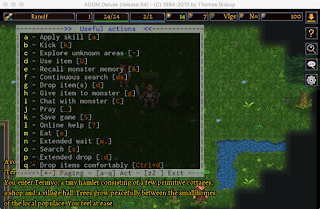 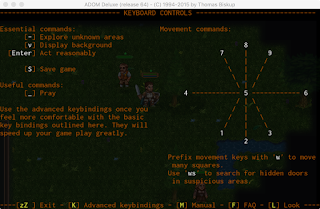 Finally we have squished more annoying bus so that we hopefully are back to a totally stable version and have defeated the last few remaining steam launch problems (especially under Linux).

As usual the complete changelog is available here.

If you want you now probably just need to memorize three keys (ENTER, minus '-' and '?') plus the cursor/numpad keys for movement and you will be able to play the complete game with that. There are faster and more elegant ways if you step by step learn more keys, but basic gameplay with the keyboard now is extremely simple.

While we know that many of you also are waiting for a better mouse-based user-interface this is our agenda for the next series of releases (which will prepare controller-based console play, an exciting team-based game feature setting I currently like to call 'Rogueleague' (TM) as well as tons of new story elememts).

And now enjoy playing the game - a subsequent post in the next couple of days will summarize our strategy for the next months to come. Expect many exciting new features and releases!
Eingestellt von The Creator um 5:33 PM