Right now I am toying with the new design and interaction workflow for the ADOM Deluxe menu screens - in ASCII mode. Once the dust settles and I am happy with the design (and Team ADOM agrees ;-) ) Krys & Co. will turn the ASCII design into a beautiful graphical layout.

Here we go with the revised Deluxe start screen: 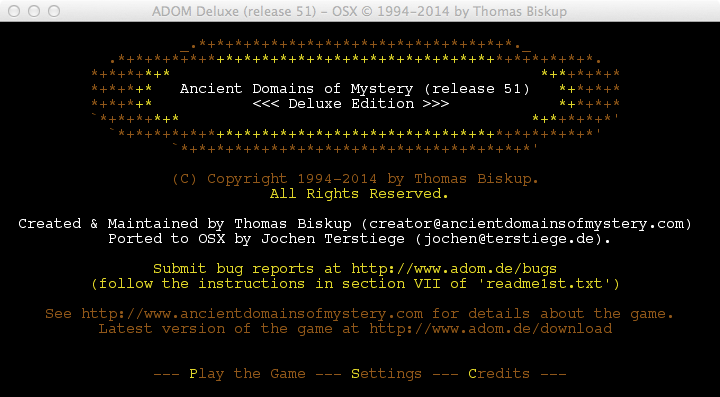 You will note that - instead of just being able to press SPACE - there now are three options:

The next screen also has been greatly revised. Here's my current take: 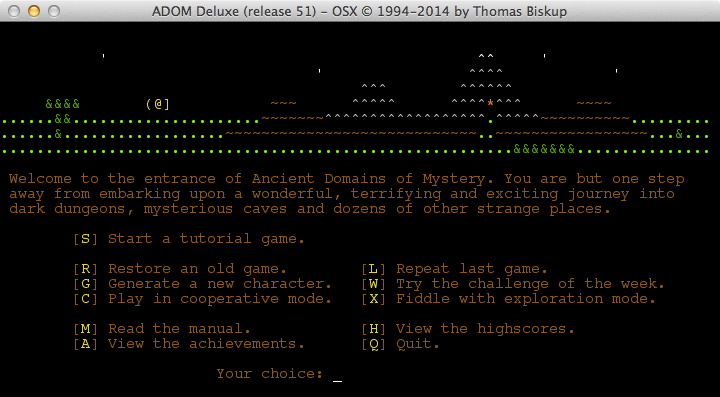 As we are talking about the commercial Deluxe version, several things have disappeared, among them:
The newly gained room is being taken up by focussing on several game modes:
Additionally during character generation you will be able to fine-tune the actual game play by selecting game variants:
Deviating from any of the defaults will lock achievements, result in a separate highscore list and turning hunger/corruption off will greatly reduce your final score in the separate RPG highscore.

The goal of these designs naturally is to
So much for my current thoughts and designs...
Eingestellt von The Creator um 11:44 AM